THE MASKS WE WEAR 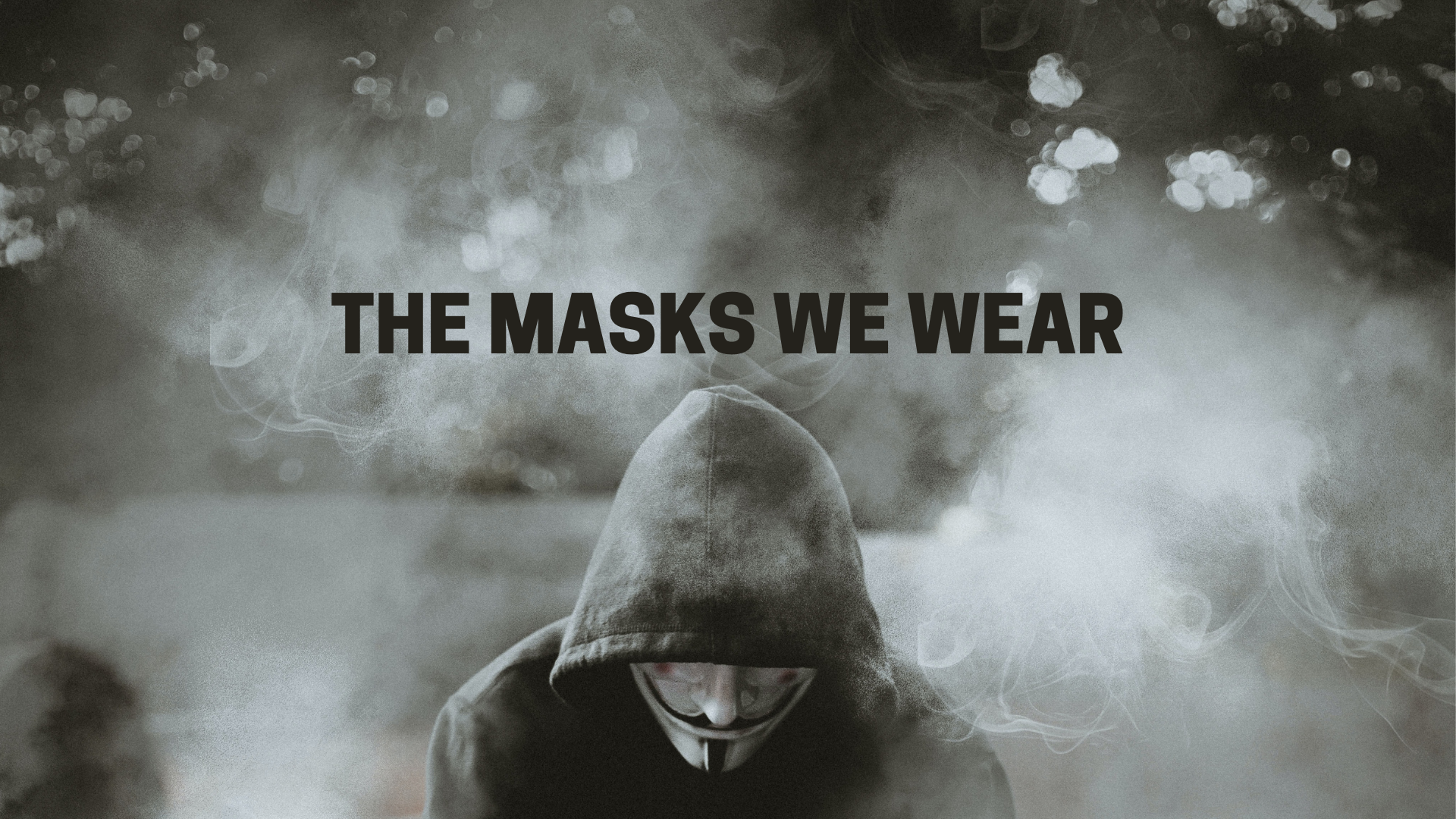 Do you remember when you were young, and your parents asked what you wanted to be for Halloween? There was something about that question which just sparked our imaginations and this fantasy that for one night, we could get anything we wanted – and all the candy in the world.

There was something that changed when we put that mask on, covering up who we really were.

The problem is, many men still live like it’s Halloween. We have these masks we wear in different settings and around certain people to cover up who we really are. Maybe we wear these masks because we don’t think we’re good enough. Or perhaps we just bought into the culture telling us if we want to gain the whole world, we need to look, act, and be a certain type of person.

There’s a man in the Bible every male can relate to named Jacob. When Jacob was wrestling with the man in Genesis, he was asked, “What is your name?” In the Hebrew culture, your name was who you were – it was your identity. The man wasn’t literally asking Jacob what his name was; he was asking, “Who are you?”

The Masks We Wear

Like all of us, the answer to this question has become more complicated along the way. The last time Jacob was asked this question, he was masking who he was by pretending to be his twin brother, Esau. He deeply believed the only way to gain more in life was by being someone else. Can you relate to this?

What type of masks do you wear today?

This is the man who lives for Jesus on Sundays. He shows up at church and is around other Christians, but couldn’t care less about Jesus throughout the rest of the week.

This is the man who is hoping to get married one day, so he puts on this display, pretending to be who he thinks the woman wants him to be rather than who he really is. Deep down, he feels this is the only chance he has for her to like him.

This is the man who boasts about all his kids’ accomplishments to his friends, so others will think he’s a great father. However, in reality, he hasn’t had a meaningful conversation with his children in years.

This is the man who buys nice clothes and makes expensive purchases while thinking the whole time how much this will impress other people. He appears financially set, but the truth is he can’t pay off his debt, and he has no savings.

This is the man who always answers, “Busy,” when someone asks how their week is going. There’s something about men needing to be seen as busy and hardworking. However, maybe he has been out of work for months, or he does the minimum and is afraid to be judged for being lazy in the eyes of other men.

You could list off hundreds and hundreds of masks the average man hides behind everyday thinking they might benefit more in life being anyone but themselves. I think we do this because most men are insecure about who they are. The problem is we don’t really talk about it.

Most men are insecure about who they are. The problem is we don’t really talk about it.

In Jacob’s story, we see there was a time in his life that he was secure with being different than his brother. The Bible says he was “content,” which means to be completely satisfied with who you are and what you have.

Take time this week to reflect on the turning points in your life. What has caused you to start hiding who you are behind a mask? Have you lost yourself along the way? And if you have, I want you to learn how to be content again with who God created you to be because that’s the person God was willing to send his Son, Jesus, to die for.