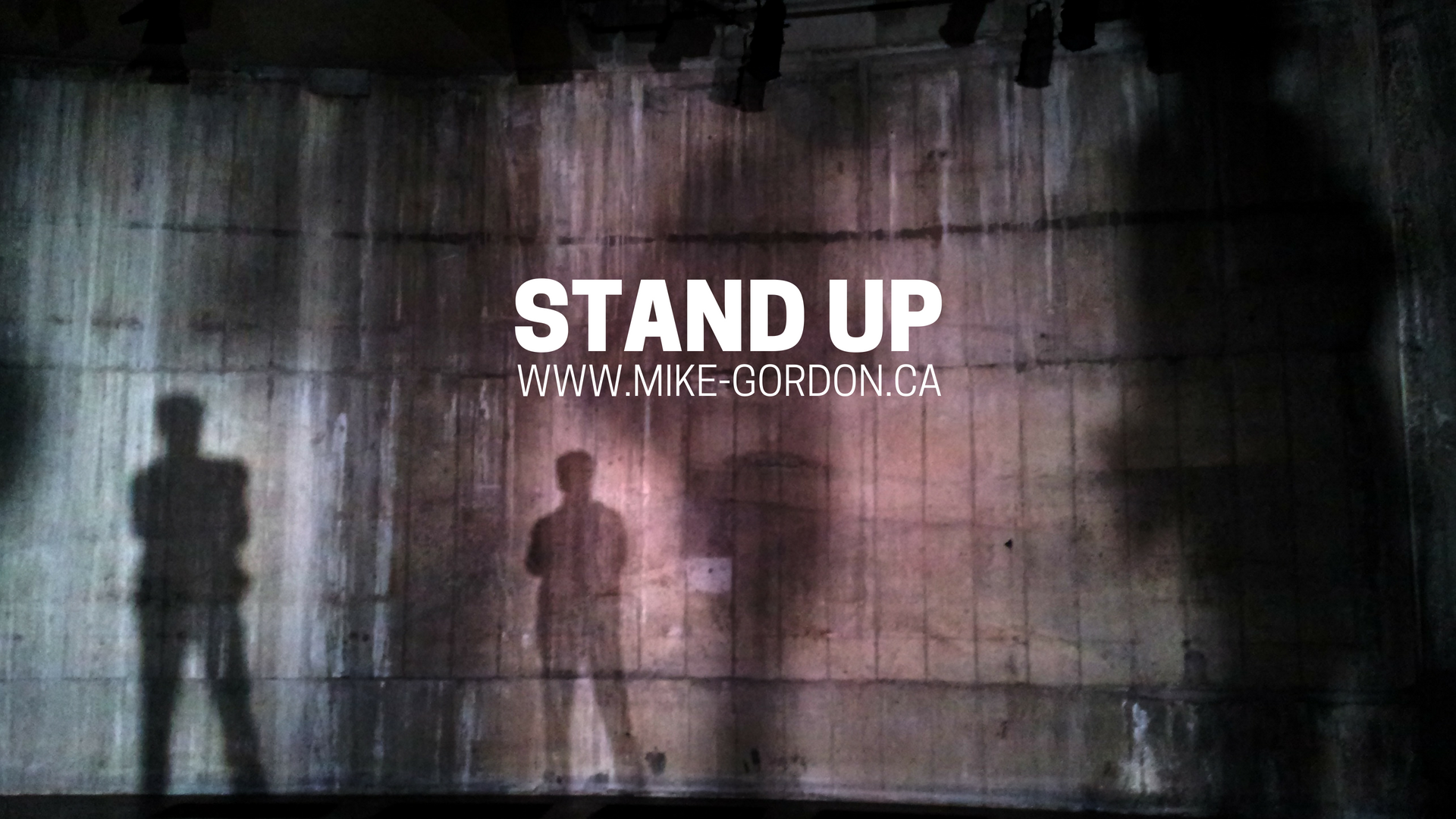 “Up next, Pastor Mike Gordon” announced by the MC at Yuk Yuk’s when I was on to do stand-up.
This came after being ripped on the entire night for being a Christian.

I think as Christians we are presented with countless opportunities to stand-up for Christ every single day. However, how many of us take them? How many of us have been around the same people for weeks… months…or years and they still have no idea that we’re even a Christian?

At some point we lost focus

At some point we made one too many compromises

At some point we stopped standing for Jesus

There’s a story in the Bible found in Acts where we are introduced to a man named Stephen. He was brought on to help the disciples minister to the growing needs of the people. Stephen was a Hellenist which meant he was a Greek speaking Jew. That means because of his story and skill set, he could reach a certain group in this world not everyone could reach. While doing this he eventually got arrested, brought to the Sanhedrin and put on trial. He stands-up for Jesus although Stephen knew the crowd he was facing was going to turn on him. As a result of him making the stand, we see the leaders drag him outside to kill him. In the midst of this, Stephen has this vision…

“Look,” he said, “I see heaven open and the Son of Man standing at the right hand of God.”

Back to Yuk Yuks, why would the MC introduce me as “Pastor Mike Gordon? Well at the beginning of the night the MC did his usual warm up the crowd act by asking people where they were from and what they do for a living. When he asked me what I did for a living, I had a choice to make, fully knowing everyone would turn against me the second I said I was a pastor due to the crowd I was facing.

Good things no one at Yuk Yuk’s is my God.

With all the people we are around each day…

In every environment we are in…

Through every opportunity you have…

I encourage you to stand-up

“Whoever acknowledges me before others,

I will also acknowledge before my Father in heaven.

But whoever disowns me before others,

I will disown before my Father in heaven.”