ONE WORD & YOUR STORY 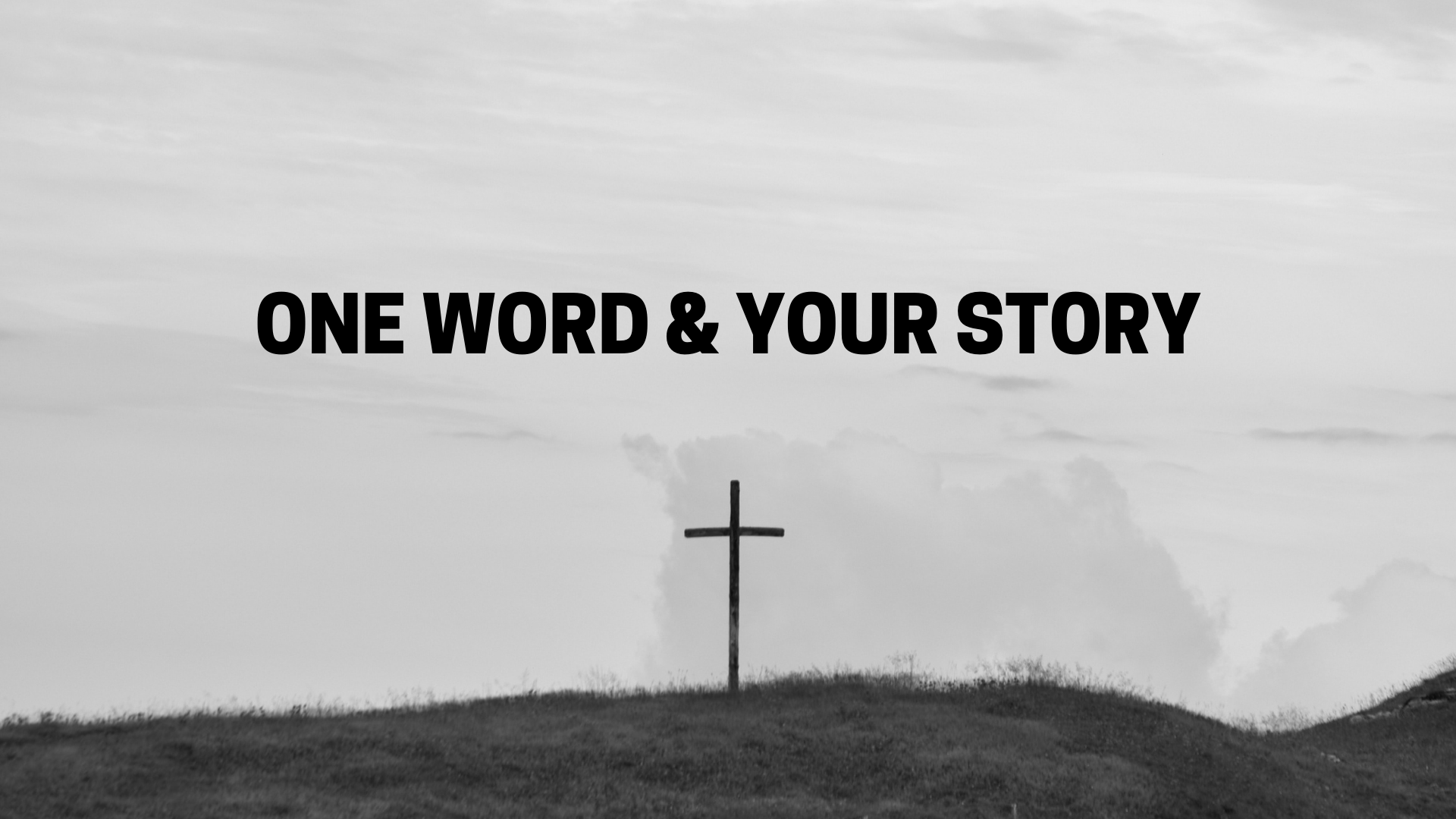 Can you imagine how Jesus’ followers would have felt when all this happened?

Many of them gave up everything to follow Jesus over the years, walking away from their homes, families, and their day-to-day commitments. When they made the choice to follow Jesus, they had an expectation and hope that it was all going to turn out a certain way. They would have felt that following this unknown man (at the time) who was teaching about a different kind of kingdom during the reign of Tiberius was ultimately the best decision they could make in that moment of their lives.

When The Unexpected Happens

Although they didn’t completely know how it was going to turn out, they took this step of faith and followed with some sort of expectation in mind.

But then it didn’t turn out as they expected.

Thinking about everything they gave up…
Thinking about all they had invested…
All the time they poured into following him…
And this is how it ends?

I wonder if they thought to themselves, “What a waste?”

Have you ever had that thought when things didn’t turn out the way you expected?

Maybe you made the decision to move to a new city because you felt that was the best step to take in that season of life. You had hopes that it would look a certain way as you began a new chapter in your life; however, you look at the results, and they weren’t what you expected.

Maybe you met someone who you thought was going to be “the one.” You spent time getting to know them, eventually started dating, and thought you would be with them forever. Unfortunately, today you are no longer with them – it didn’t turn out the way you had hoped.

All that hard work…
All that effort…
All that time…
It’s hard not to think, “What a waste.”

One Word Changes Everything

Maybe there’s another way to look at it, though. Because when you add one more word to the story of Jesus, it changes everything.

When you add one more word to the story of Jesus, it changes everything.

What if you added that word to your story – to the area of your life which didn’t turn out the way you expected? Does it change how you view the big picture when it comes to your education, career, or relationships? It’s not a waste because your story is still in progress, and you are yet to know how it’s all going to turn out.

Those who followed Jesus on earth didn’t have the luxury to just turn the page in the New Testament to see what would happen three days later. They had to live in the moment of uncertainty with all their emotions and internal thoughts.

However, today we have the privilege of looking backwards at Jesus’ life. And the resurrection changes how we see everything.

Nothing in Jesus’s name is a waste. When you look back at the areas in your life that didn’t turn out the way you expected, my prayer is that you will experience the power of the resurrection in your own story, so you may be renewed moving forward.