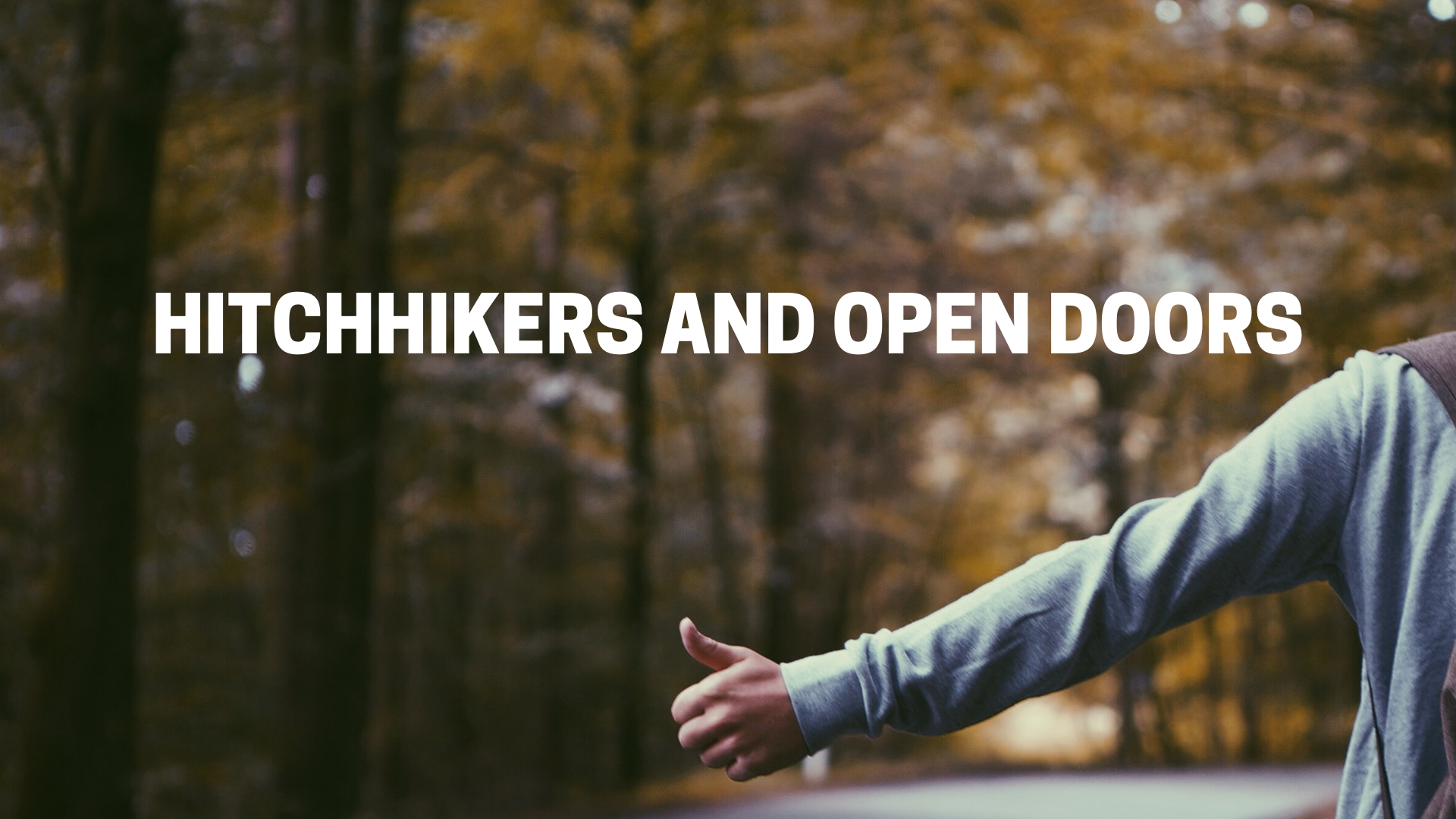 A while back, I came to the realization that I’m not really doing a good job being the light of the world.

My response to this realization was to be much more intentional about publicly showing the love of Jesus. I also began to point my acts of love back to Jesus, so people didn’t think I was just a nice guy. I learned this life-changing lesson when I came across a hitchhiker.

It Starts With An Open Door

Early on a Sunday morning, I stopped by a gas station on my way to a speaking engagement at a church. A man named Greg approached my car and asked if I could give him a ride in the opposite direction. My first instinct was to say “no” because it was inconvenient. However, I had an open door right in front of me to be a light in his life.

Greg jumped into my car, and I drove him to where he wanted to go. Before he got out of the car, he started to open up to me. I remember him saying that no one would help him and how amazed he was that I opened my door to drive him home. This simple act of love was life-changing for me because I never realized something so simple could speak so loudly to someone.

As we continued to talk, I had an opportunity to share my story with him and told him that Christ was the reason I opened the door for him. I eventually gave him my contact information and told him to reach out to me if he wanted to chat some more.

Unfortunately, I never heard from him again. Until…

A few months later, I was booked to speak at another church. Before the service started, a man came up behind me and said, “Hey Mike, do you remember me?”

Truthfully I couldn’t remember who this man was if my life depended on it. He said, “It’s Greg. You picked me up a few months ago.” He then said, “I literally thought you were an angel,” which is when I responded by saying, “Sorry to disappoint you.” Greg and I chatted for a while, and he opened up about how that night completely changed his life. Now he is attending church and about to get baptized.

A simple act of love pointing to Jesus changed this man’s life, and all I really did was open the door of my car and brought up Jesus in our conversation.

Sometimes I think that as men, we overcomplicate what it means to be a light in this world. We have seen many brave people who display this way beyond our comfort zone. In other cases, we see some people who do such a poor job with this that we don’t even want to be associated with this stuff.

Sometimes I think that as men, we overcomplicate what it means to be a light in this world.

I wonder if it could be much simpler to live out? I mean, Jesus didn’t make it look all too complicated when we read the Bible.

Three Steps To Being A Light

Every day you have an opportunity to be a light in someone’s life. We can often get too busy with our own schedule and our to-do list that we miss these simple opportunities each day. Whether it’s at a bus stop with someone in need, a restaurant with a server, or even online when someone mentions they had a bad day – there will never be a shortage of open doors through which we can shine.

2. Act in These Moments

I realize some of these opportunities may only present themselves once. If I had decided to pick this man up another time, there’s a good chance I would have missed my one chance with Greg. I’m learning it’s one thing to recognize opportunities, but it’s another thing to act on them at that moment. Could it be inconvenient? Possibly! But it could also be life-changing when you stop and put God’s love into action for a few moments.

3. Point Them to Jesus

I think this is the most challenging part when it comes to living this out. Loving people shouldn’t be too hard, but the Jesus part is why many men avoid this altogether.

Pointing others to Jesus doesn’t mean you’re answering deep theological questions with them or that you’re the one giving an altar call. Pointing people to Jesus should just make them aware that Jesus is behind your actions. I think it’s a little naive for us to assume they will know this without verbally sharing something about Christ. I am not convinced the hitchhiker would have found his way into the church if I didn’t say something pointing him to Jesus.

Be intentional about being a light of the world. This week you will have many doors open to potentially changing someone’s life by showing them Jesus through your actions and words. Despite it being out of your comfort zone and even a little inconvenient, you might only get one chance with that person you encounter today.