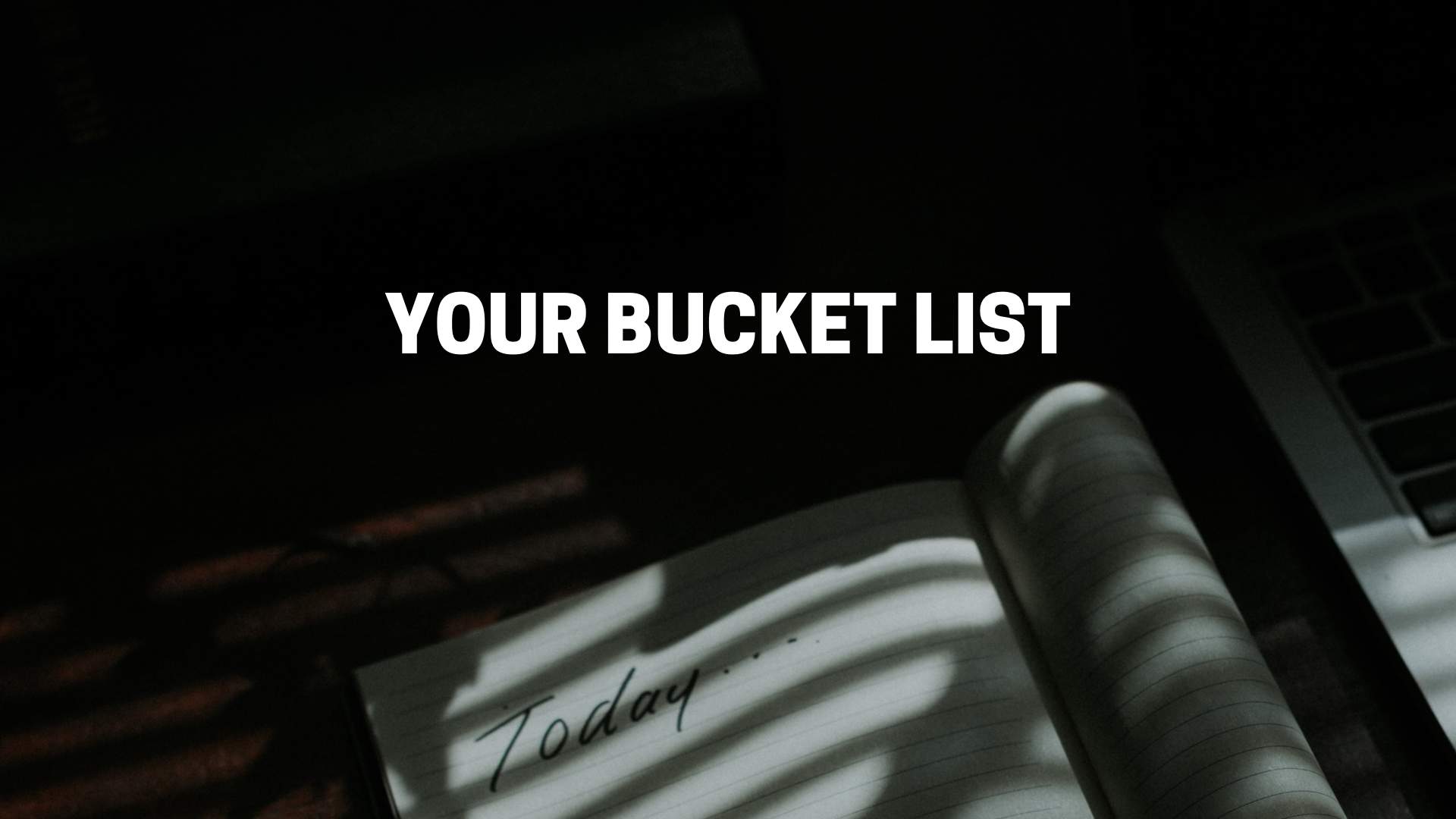 In 2007 there was a movie that came out with Jack Nicholson and Morgan Freeman called The Bucket List. It was about two terminally ill men who went on a road trip to accomplish things they wanted to do before they died.

I remember watching this movie, and although I am young and in good health, I feel it inspired me to live life to the fullest. To me, this went beyond just talking the talk and saying, “One day, I will do this.” I actually decided to do something with this bucket list of ideas I had.

No More Talking the Talk

One thing I have always told people in the past was that I wanted to go skydiving. I think I just told people I wanted to do this to look adventurous and brave, but I never actually thought about the possibility that I could jump out of a plane if I really wanted to. I talked the talk, and I think I wish I would do this one day. But that is much different than actually doing it.

About 8 years ago, I had a friend who wanted to go skydiving. After hearing that I was interested, he invited me to come with him. I had my chance to cross this off my bucket list, but I made every excuse in the book to bail on him. I’m not really sure why I passed up on it, but again, saying I will do something is much different than doing it. As a result, skydiving remained on my bucket list until 2018.

That was the year I was invited to speak at 2 conferences and several churches in Dubai. I was told I would have a few days off, and because Dubai is one of the most tourist-driven cities in the world, they encouraged me to make the most of my days off to experience what the city had to offer. From there, I simply turned to Google to see what some of the top recommendations were. They had everything from driving F1 race cars, riding the world’s longest zip line, and sandboarding in the desert.

All of those things sounded pretty cool, but the one that caught my eye was skydiving over the man-made islands. I had been saying I want to go skydiving for years, and at this moment, I made the very intentional decision to simply do it. I signed up, put down my credit card information, and it was confirmed. On February 13th, 2018, I was scheduled to jump out of an airplane.

As the days led up to it, I was actually excited and proud that I was finally going to do this. When February 13th came along, it was pretty surreal. I arrived early. They gave me all of the instructions, and before I knew it, I was ascending 13,000 feet into the air. From there, they opened the door, counted to 2… not 3, and here I was officially skydiving. Truthfully, I hated almost the entire experience due to being scared of heights. BUT, I was inspired that I was brave enough to actually do this and scratch this off my bucket list.

Truthfully, I hated almost the entire experience due to being scared of heights. BUT, I was inspired that I was brave enough to actually do this and scratch this off my bucket list.

Why do I share this? Because life is short, and many of us men have things we want to attempt and accomplish in life. Whether it’s a physical written-down bucket list or just dreams and goals we have in our mind, many of us talk the talk but never walk the walk.