How to Get A-Head in Life 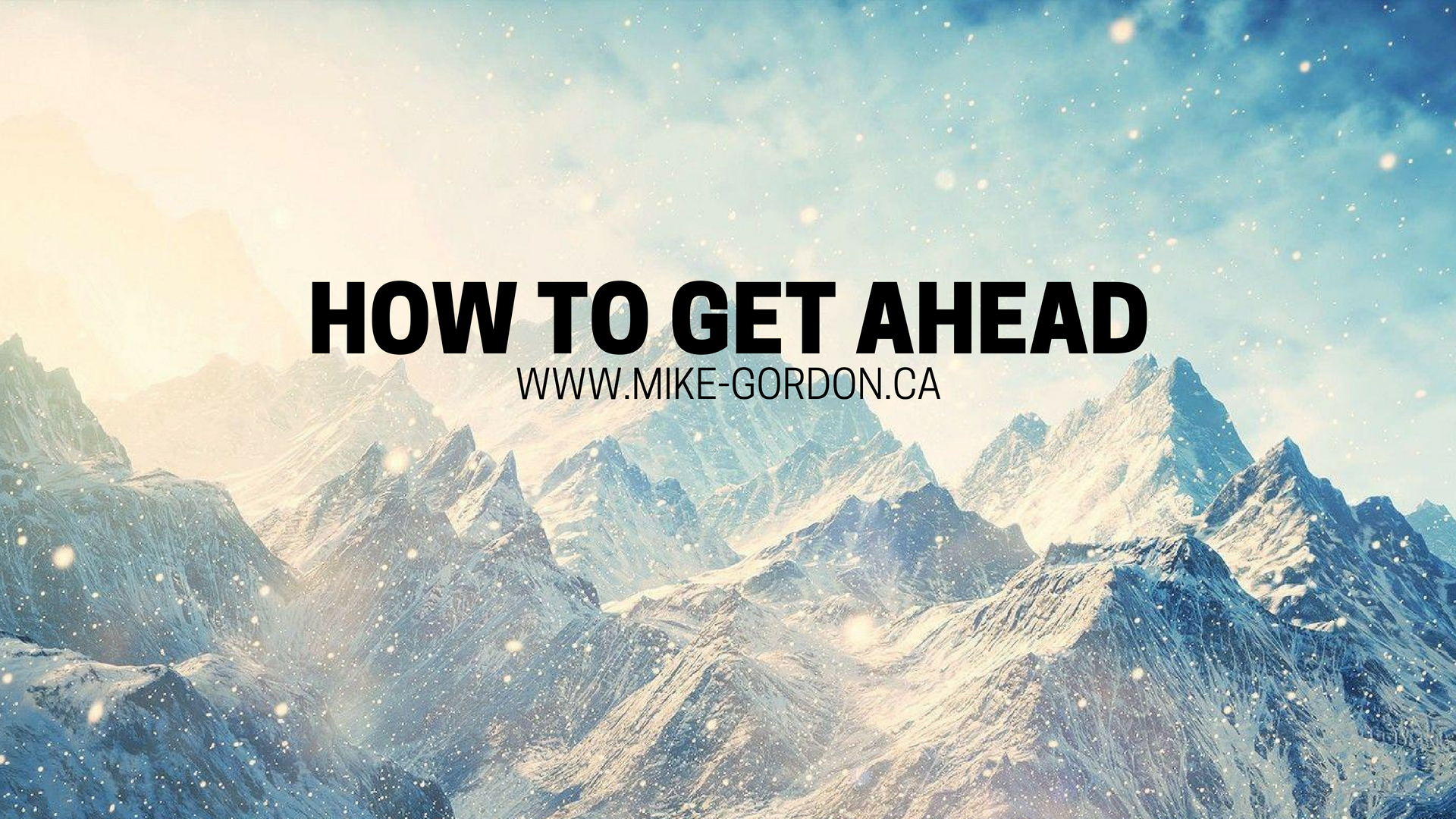 Looking back at 2015, a question people asked me on a frequent basis was, “How did you get to where you are in ministry?”
Going into 2016 I just wanted to share a few quick things I have applied to my life which are taken from one of the most popular stories in the Bible.

I think we all know the story of David vs Goliath found in 1 Samuel 17. After David pegged the giant in the face with a rock, the Scriptures say, “After he killed him, he cut off his head with the sword…took the Philistine’s head and brought it to Jerusalem…Abner took him and brought him before Saul, with David still holding the Philistine’s head.” Although throughout it all, David clearly had favour with God, I also believe David did things on his end to help set himself up for success. Without playing his part, he may not have seen God work the way He did.

As I reflect on my experiences and find myself in David’s story, the title of this blog is simply “How to Get A-Head in Life”.

5 Ways on How to Get A-Head in Life

Forget About Your Age
It says David was the youngest which meant his age would have played a factor in what he was expected to do and not to do. How often do we use the excuse of being too young or too old to prevent us from getting a-head in life? Either we’re going to write ourselves off because of our age or someone else is. Don’t let a number define what you can or cannot do.

Discipline
It says David would wake up early which implies he lives a life of discipline and hard work. I can’t begin to tell you how many people I see have great goals and dreams, but don’t have the discipline and the work ethics to get a-head. Being lazy, procrastinating or just doing enough to get the job done isn’t going to separate you from the pack. Sometimes it literally does take blood, sweat and tears as we need to put time, energy and effort into this.

Do Your Best Today
Before David went to see his brothers who were fighting, his first priory was looking after this sheep. Rather than just neglecting the sheep as he pursued something else, it says he left the flock in the care of the shepherd. Right now you might not have the job title you’re striving for, or the education you are working towards, or you may not have the amount of people you’re hoping for…but you have something. Be faithful with little and do the best with what you have today. It’s what you do with what you have which plays a big part in getting a-head in life.

Be Yourself
Going into battle, David knew he wasn’t going to be able to do it their way with the armour and sword he didn’t grow up with…He ended up going out to battle with his sling-shot. How much time do we spend trying to do life someone else’s way? We try to be someone else while aborting who we are. You see this in job interviews, when someone all of the sudden enrols into a certain program or when they are around successful people. We often feel like we can’t be ourselves because there’s only one template that works to get a-head – Listen, you have to be yourself because you’re always going to fail trying to be someone else. You have a personality, a skill set and passions God has uniquely given you. You’re going to have more success being yourself than anyone else will so why not live that way in accordance to who God made you to be?

Take the Opportunity
How many people would have loved to have had the chance David had? The thing is they all had the same opportunity. For 40 days Goliath came out and challenged everyone but nobody took the opportunity. In life we let too many opportunities pass us by because of fear, the size of the challenge and the belief that it might not work out. In these moments, how many of us start quoting scriptures about deers and waiting? – If you never try, you’ll never know – Every single one of us are given opportunities to get a-head in life no matter what cards we’ve been dealt. In this story, thousands of people let they opportunity pass them by while only one took it.

In all of this, David clearly had favour with God – However, David also played his part too as he achieved what he set out to do. I’m not sure what you are setting out to do in 2016 – But as you have favour with God, my hope is we can be like David and do what we have to do to set ourselves up to see the favour of God work in our lives.